Here’s the thing about zoom lenses. I have owned the Nikon 18-135mm f/3.5-5.6G ED-IF AF-S DX and the Nikon 18-200mm f/3.5-5.6G AF-S ED VR II. Both were fine lenses. But many times I found myself using them full wide or full telephoto. The 18-200mm in particular is an expensive lens. Why carry that kind of cash around my neck when I was only using the 18mm and the 200mm settings 90% of the time anyway? On top of that, the 200mm really does not provide much magnification anyway. My search for the best cheap Nikon wide angle lens led me to get two less-expensive lenses–with money left over–instead.

For wide angle, I now use the Nikon 18-55mm f/3.5-5.6G AF-S DX VR. The 18mm is not dramatically wide on a DX camera, but it still does nice landscapes and the like. Anything wider is over $500 or more anyway. The 55mm means it also works well as a general walk-around lens and for people shots. But it’s a steal. It’s a kit lens often sold with the body, which means it’s the first to be sold off, making it easy to find lightly used or refurbished models on the market. This lens goes for as little as $100 factory refurbished to $150 brand new–or “free” if it came with your body in a retail kit. And it is excellent. An added feature is that it focuses closer than many larger-range zooms, increasing its utility. It’s a common retail kit lens, so you may already have it! If you are buying new, look for this “free” in a camera and lens bundle. There is a non-VR version of this lens, but don’t get that one; you’ll only save a few dollars if anything, and the VR is plenty cheap for what you get already.

The most important trade-off with the 18-55 VR is that it has a plastic mount. Other people tell me that it’s not a question of “if” the mount will fail but “when.” Mine is doing fine. If I were a pro relying on this lens for hours a day, I’d be more concerned, but I’m not expecting mine to wear out under hobby use any time soon. 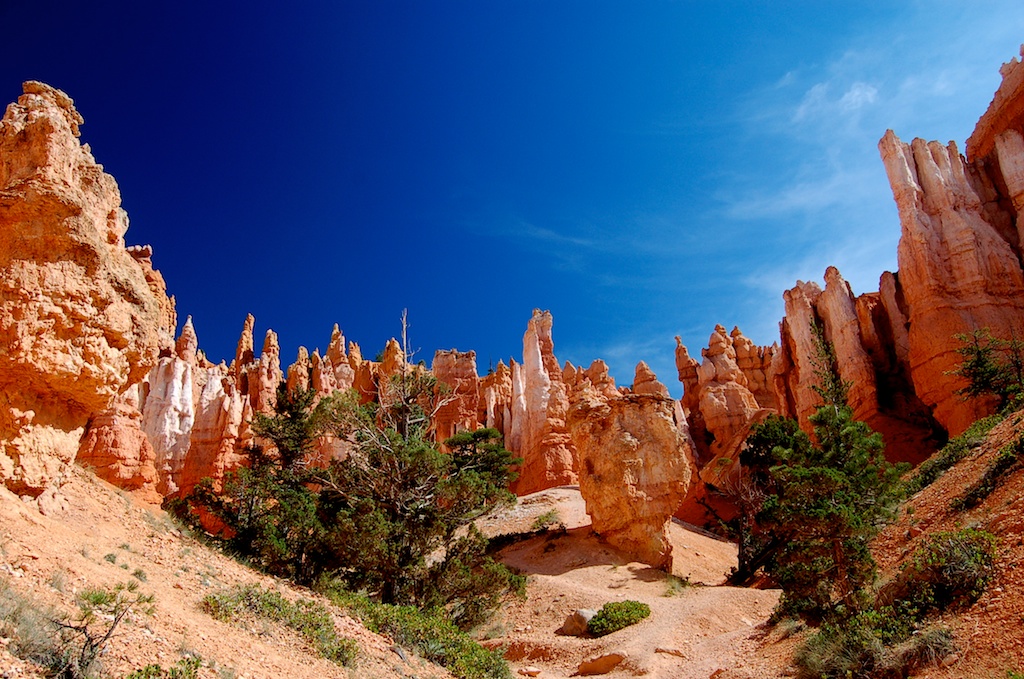 There is an older non-VR version of the 18-55, but you’ll only save $10 or $20 buying a used non-VR over a used VR. VR is not as much of an advantage at these short focal lengths, but for a few dollars more you might as well have it.

The best alternative shorter than 18mm and under $500 (used) is the Tokina 12-24MM F4 Pro II Zoom Lens for Digital Nikon SLR Cameras. It needs a pin-drive camera to focus.

Tokina 11-16mm f/2.8 AT-X116 Pro DX II Digital Zoom Lens is a super wide that may even be better than Nikon 10-24mm. It was recently updated to a focus-motor-on-lens, and now the older pin-drive models have dropped under $500 used.  New it’s often out of stock at over $700. After that, you need to look at Sigma or Tamron to go under $500, with mixed reviews. I have this lens and enjoy it, but you have to really want to shoot wide if you want to tie up $500 in this.

If you want more on the upper end, the prosumer-grade DX’s such as the Nikon 18-70, 18-105 and 18-135 are very economical lenses. To save money I avoid overlap. Even the 135mm tele really doesn’t do that much except give you framing options you can get with your feet or cropping. It’s too short for interesting zoom close-ups in the field. Either lens is at least another $100 over the 18-55; I cover their upper ranges with another lens. There’s always the Nikkor 18-200, but it starts at $600 used; I had this lens for a year, but I found that the 200mm just was not enough to be worth the weight and expense.

If fisheye is what you want, the very affordable Rokinon 8mm Ultra Wide F/3.5 Fisheye Lens with Auto Aperture and Auto Exposure Chip for Nikon AE8M-N has a surprisingly good reputation, and is under $300. It’s not really very fish-eye; the distortion is actually pleasing to my eye without being fisheye-round-wacko. It is manual focus, but easy to focus. Be sure to get the latest model with metering, available for a small premium over the older model.