The Harpersfield Bridge is the third longest covered bridge in Ohio. The 1996 historical marker says “longest,” but a longer bridge was covered in 1998, and an even longer bridge was completed new in 2008. It was built in 1868 to cross the Grand River, so it has nearly century and a half lead on the newcomers. You’ll find it just south of Interstate 90 at Geneva, along Ohio highway 534. The steel truss was added after a flood washed out the approach in 1913. It was extensively renovated in the 1990s. Parks on both banks afford easy views, as does a pedestrian walkway on the bridge itself. Today’s false-color and infrared images were taken with a Fuji IS Pro UVIR full spectrum camera with a Tiffen #25 590nm pass filter on a Nikon 18-55mm AF-S VR. I am particularly fond of the featured image; it reminds me of an old hand-tinted postcard. Needs a spidery handwritten title written across the bottom to complete the effect. 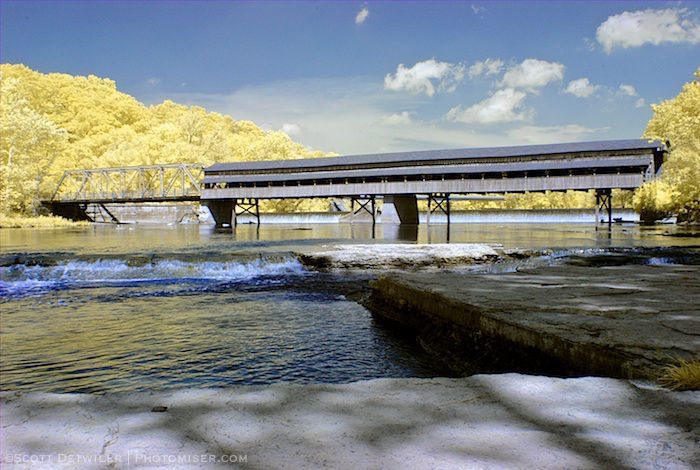 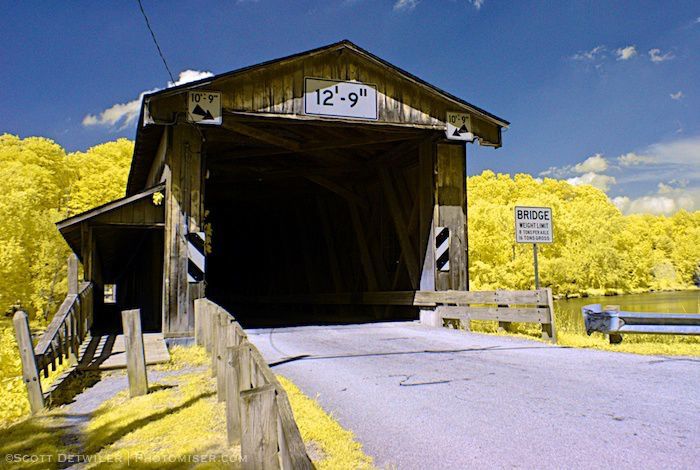 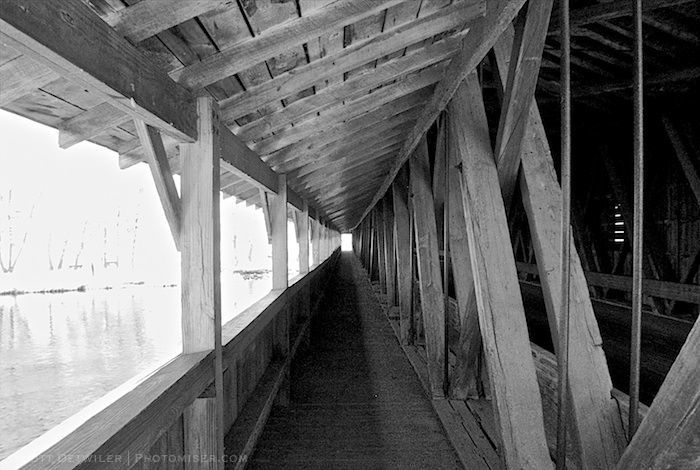 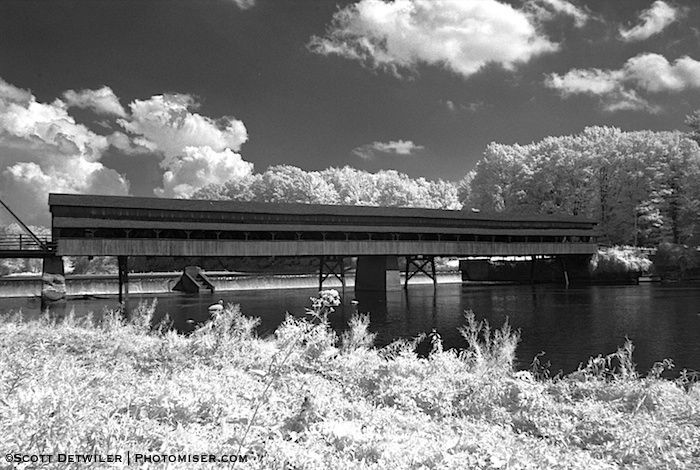 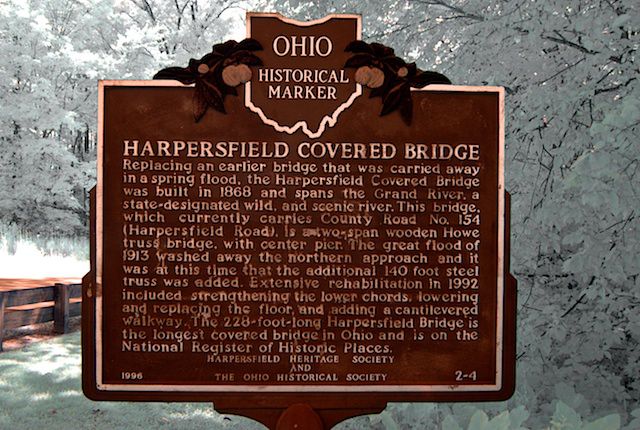 Harpersfield Bridge Historical Marker. The marker is outdated as this bridge is technically the third longest now, albeit much older than the other two.