I visited Jennings Prairie at Jennings Environmental Education Center, a Pennsylvania state park. I largely missed the blazing star; the last few blooms on each plant were active, but the big show was over. However, lots of other things were blooming away. The Swamp Thistle in particular caught my eye. It is not a rare plant, except for the fact that its habitat, wetlands, are constantly under threat. I’ll need to dig out my key to composites to identify the following, which were everywhere.

The featured image was taken with a Micro-nikkor 60mm AF f/2.8. The composite was taken with the Tokina 11-16mm ultra wide angle. Both images were taken on a Nikon D90. Post-processing was done in Aperture. I did a little dodging on the composite to bring out the largest flower. The bokeh is not so great on the Tokina even at f/2.8, but that’s not what ultra wide angle lenses are for. 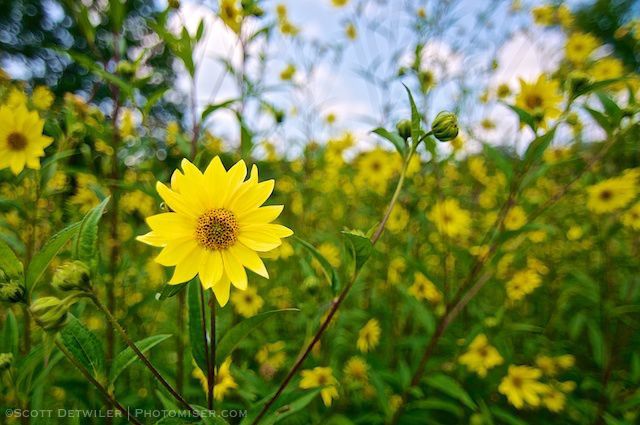 3 thoughts on “Late Summer in the Pennsylvania Prairie”