This review compares two genuine 300mm Nikon zoom lenses that are available for less that $200. 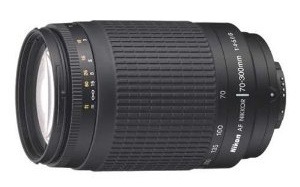 For two years I have used the 70-300mm f/4.5-5.6G Nikon zoom lens. While it was a bargain, I have not been satisfied with its performance optically. For example, see this shot of a male Twelve-spotted Skimmer (Libellula pulchella) at f/5.6 at 300mm in strong light on a Nikon D90: 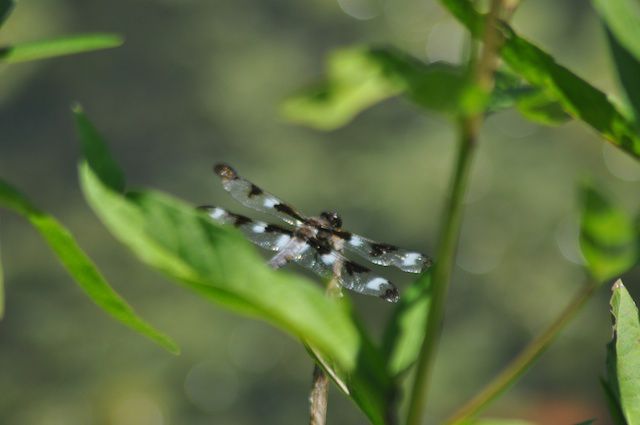 I did not expect it to be perfect at this price–but nor did I expect it to be this bad. Granted, all the reviews say to keep it stopped down. That helps, but not as much as I’d like. I was miffed to have to give up two or three stops just to get something reasonable, and even stopped down it was not performing well. 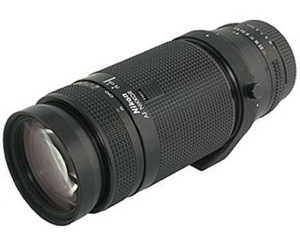 I decided to go shopping.  In my research another oldie but goodie caught my eye: the Nikkor 75-300mm f/4.5-5.6 AF. It’s $200 used, and has good reviews. Finally I purchased the 75-300mm f/4.5-5.6 for a head-to-head comparison at 300mm, where the flaws would be most pronounced. This is the result. This comparison uses my single copies of each lens. Your mileage may vary.

The older 75-300 Nikon zoom lens is longer and heavier than the G. It uses the outmoded “push-pull” action for zooming, rather than the twisting barrel favored now. It works fine, though it’s harder to make precise zoom adjustments. It has a metal mount and includes an integrated tripod collar. It has the manual aperture collar, which only matters on older film models. It was Nikon’s consumer-priced zoom of the 1990s, but in those days that meant more. The last element rotates when focusing, so polarizing filters are unfortunately not practical. With care, this lens will outlive you.

The G Nikon zoom lens is strictly a consumer grade lens. It is shorter and lighter than the D. All plastic, including the mount. Being a “G,” it has no aperture collar. It’s not heirloom-quality.

The 70-300mm G is shorter in rest mode; fully extended both are about the same length. Neither as VR vibration reduction. Both lenses require an on-camera focus pin. They will not focus on D40, D60, D3000, D5000 or similar cameras. The D90, D7000 family and Nikon’s full-format DSLRs will focus these.

The Nikon D90 camera was set on a tripod, kept low for stability. Neither the subject nor the camera were moved during testing. The lenses were switched while the camera was on the tripod. Both Nikon zoom lenses were fully zoomed to 300mm. Camera was set on auto-focus, aperture-priority. I selected the aperture and set the ISO to 320. The camera chose the shutter. I used the timer to activate the shutter for hands-off operation. Conditions were mostly cloudy, but the lighting changed a little between some shots. I began with the 75-300, completed the series, then mounted the 70-300G. For the final f/40 I replaced the 75-300, having forgotten that aperture earlier.

The results here are not just a one-time thing. I have been noticing the poor quality of the G under a variety of conditions. In addition to the softness of the subject, the bokeh, if you can call it that, is bizarrely smeared. 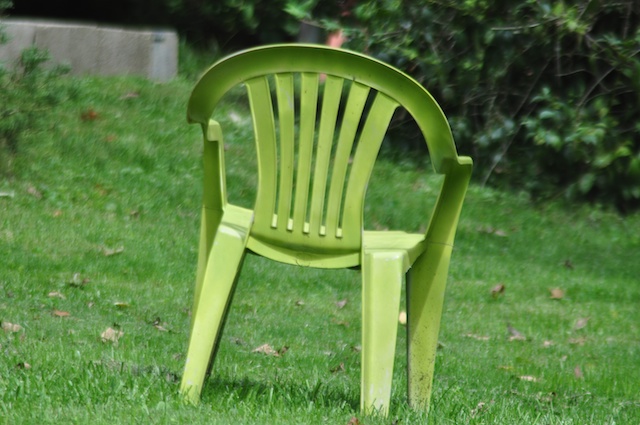 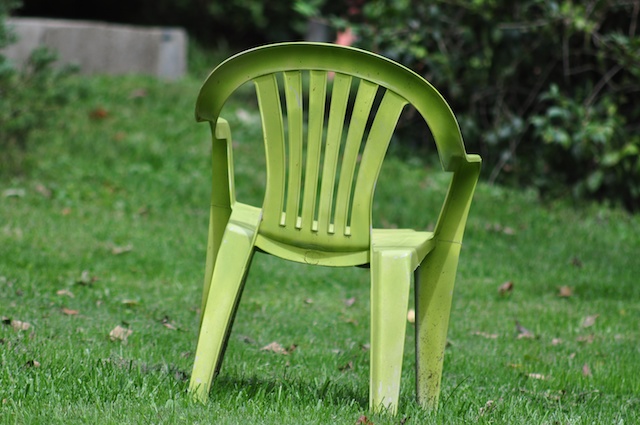 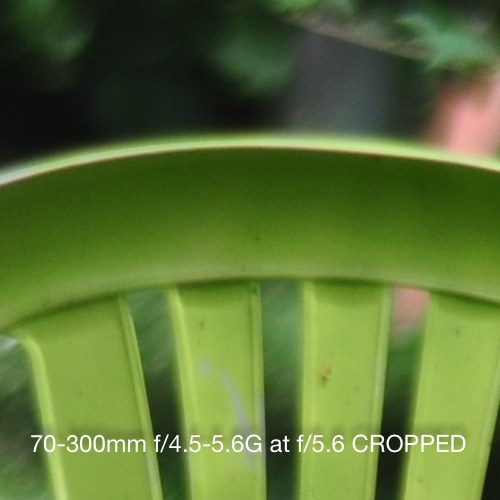 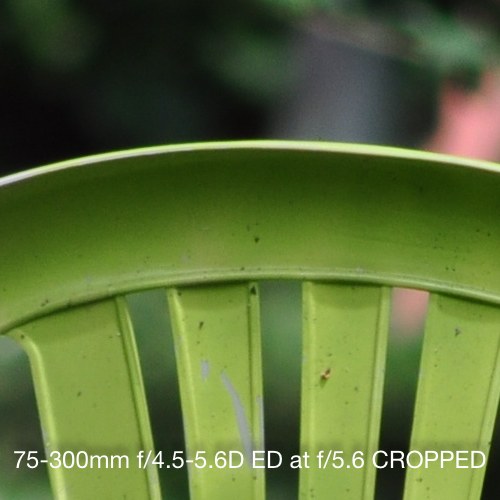 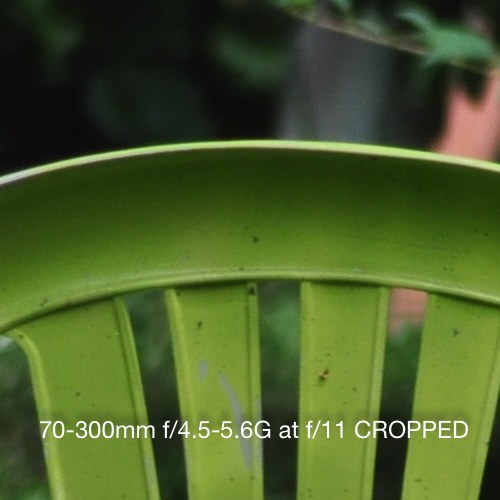 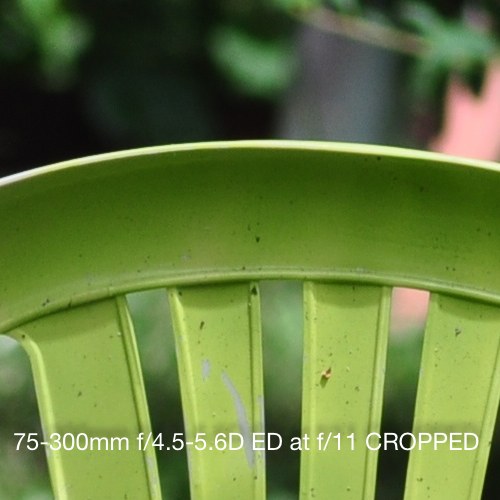 The background smear is gone in the 75-300mm. The 75-300mm is also sharper, seen especially in the dark flecks. 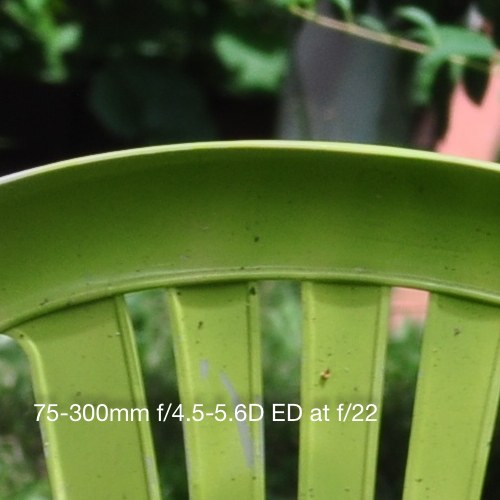 The differences are not as significant here, but operating a zoom at f/22 is going to be difficult in anything but the brightest light.

Bottom Line: The 70-300mm  G is awful. The 75-300 AF is considerably better optically than the G at 300mm. The 70-300G is really soft wide open, vaseline-on-the-lens soft. The 75-300 AF  is much better wide open. The differences are reduced as lenses progress as they reduce in aperture, but the 75-300 AF is more sharp in all comparisons. Sure, you could keep the G stopped down, or avoid using the lens past 200mm extended, but why bother having it in your kit if you can’t use your Nikon zoom as advertised? For a few bucks more, get the older but better 75-300 AF.