Reversing a lens and mounting it to the front of another lens is a way of getting macro ability. It is the same as using a close-up ring. However, close-up rings are usually from third party accessory makers rather than lens makers, so they are not usually the best quality glass. By using an actual lens we take advantage of the best glass. EL-Nikkors, Nikon’s enlarger lenses, are some of the best glass Nikon made. Enlargers are all but obsolete these days, so these expensive lenses sell used for a song. I experimented two EL-Nikkors as macro attachments. While you can reverse any lens in this manner, these EL-Nikkors are very small and lightweight in addition to being excellent glass.

The composite image above shows results of two set-ups compared to the unfiltered view. All three views use a Nikon 18-55 VR AF-S DX set to 55mm (zooming wider made the vignetting worse.) All views are straight out of camera. I was not controlling carefully for color or lighting; I just wanted to see magnification. The far right image is the 18-55mm without any attachments, at 55mm and the closest possible focus. In the left and middle images, an EL-Nikkor has been reversed with a 40.5 male to 52mm female filter thread adapter coupled with a 52mm male-to-male thread adapter to reverse the lens, then attached to the 52mm filter threads on the 18-55mm VR AF-S DX.  The first image from the left is an EL-Nikkor 75mm f/4N, opened up to f/4. The second is an older EL-Nikkor 50mm f/2.8 set to f/2.8. The widest possible aperture was needed for the least vignetting. 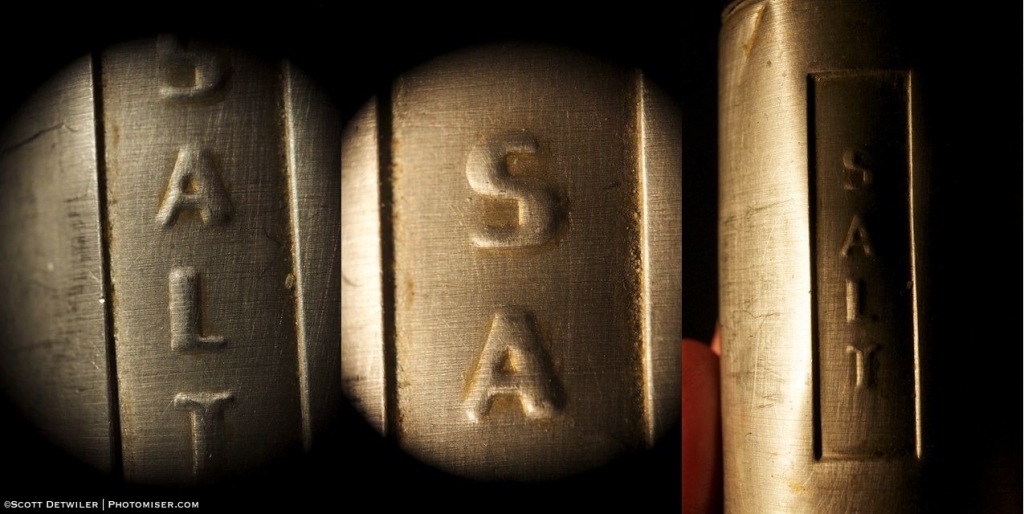 All views were taken using the camera’s auto-focus and on-board metering. Both worked quite well, as you can see. Both EL-Nikkor lenses are providing sharp results. Obviously, the magnification is strong, especially on the 50mm. The downside is that vignetting is strong, too, even at the widest EL-Nikkor aperture. That might change if a longer focal length camera-side lens is used, but I did not have the adapters handy for other filter thread sizes. Something else you cannot see is that the working distance is quite short here, perhaps less than an inch.

So to sum up, advantages of using an EL-Nikkor as a macro attachment are that you can use the camera’s auto-focus and metering; the optics are the highest quality available; the set-up is not as bulky as reversing a larger lens. Disadvantages are extremely short working distance and strong vignetting; the latter may be mitigated at longer focal lengths.