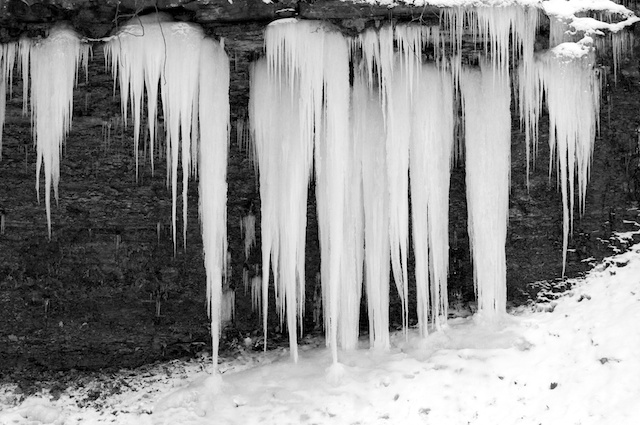 Before heading out, I did some research on shooting black and white with a digital camera. The consensus seemed to be to shoot RAW in camera. If the camera has a black and white mode, go ahead and use to help you review your images in the field. With RAW, the same image information is recorded no matter what presets you use (outside of exposure, ISO, and aperture, of course.) If you do not have RAW capability or not wish to use RAW, then do NOT set your camera to black and white, but rather shoot in color and post-process to black and white. The color information is useful for tweaking. I shot in RAW, but I could not find a black and white preset on my Nikon D90.

That was the easy part. The tough part is post-processing to get that black-and-white look. Apparently there are wonderful plugins for Photoshop, Lightroom, and Aperture that will do this part for you really well. These plugins are not free by a long shot, so that was out. Aperture has a built-in black and white brick, but it is very limited. I followed this blog post about using Aperture to do black and white. Well, followed it as best I could. A lot of these tutorials assume I know a lot more about these software programs than I do. This is not the tutorial writer’s fault, but it is a hindrance for casuals like me. This should pass with time. 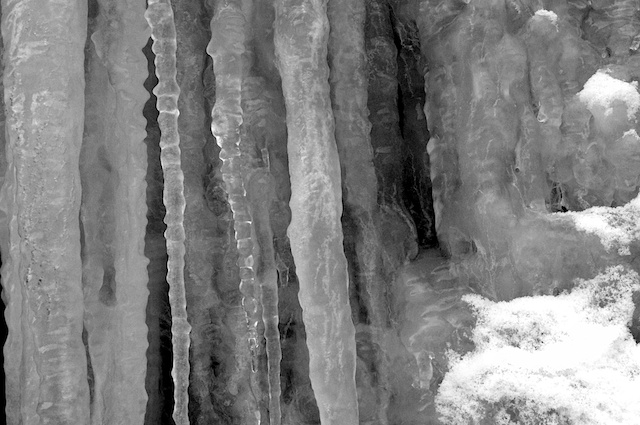 Icicles in black and white

Here’s what I did, following the tutorial as well as I could, in order:
1. Shoot RAW
2. Desaturate with the Enhance brick, NOT the Black and White brick.
3. Play with red and blue in the Curves brick
4. Tweak with the Saturate quick-brush, applied to the whole image.
5. Fiddle with a few other settings. Recovery and mid-level contrast seemed to be particularly useful. The Infrared Black and White Effect preset also helped in some cases.
6. Optional: Add Grain. Aperture has no way to meddle with grain other than a third-party addon, or an exteral editor. I experimented with adding grain with Pixelmator. Following another tutorial, I added 1 pixel of Gaussian Blur, then Noise to taste. 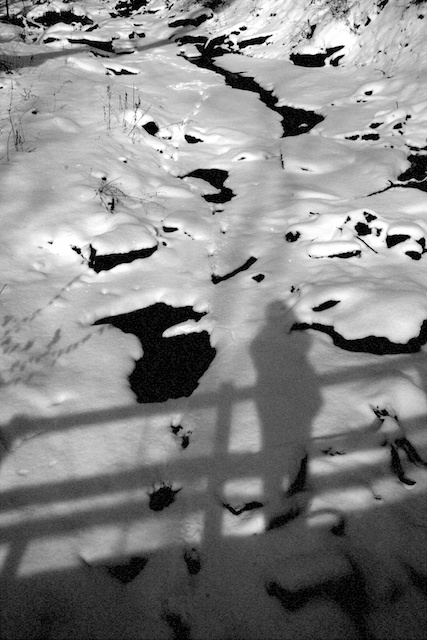